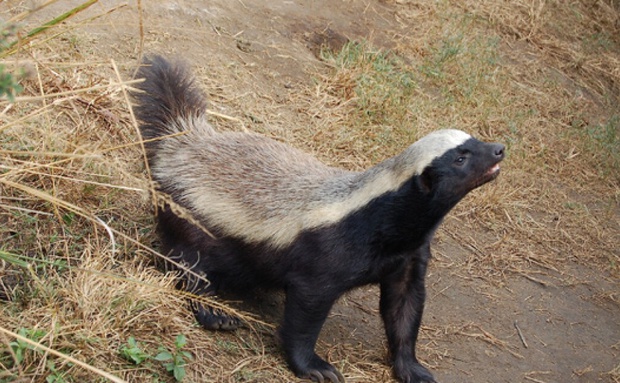 Honey badgers are the subject of numerous stories. Like many children, they can be violent and fearless creatures that can cause a whole slew of issues. Finding them in the wild is exceptionally hard, but you will undoubtedly fall in love with these magnificent creatures if you do.

Here are ten interesting facts about these animals.

They Are Smart Animals
These animals are at the top of their class when it comes to intelligence. They know how to take advantage of particular equipment and tools. A good case example is a honey badger at the Rehab Center in Hoedspruit, South Africa. The honey badger learned how to escape from its enclosure using sticks, rocks, and rakes.

They Have Thick Skin
Honey badgers have thicker skin than many mammals in the animal kingdom. Their skin is at least six millimeters thick, which is significantly thicker than that of a buffalo, which is 50 times its size.

The skin resembles rubber, and it is larger than the badger itself. Its skin functions as a loose set of garments for the animal to move around in. This is a fantastic self-defense strategy against spears, arrows, bee stings, and predators with sharp teeth like snakes.

Their Ears Are Not Visible
Honey badgers don't have ears that can be seen. Instead, the thick skin behind their heads conceals their ears. This adaptation has the apparent advantage of not being readily bitten or scraped in fighting and having no irritating protruding shape that gets snagged when walking.

This boosts their digging capabilities. They surprisingly have a strong sense of smell, good hearing, and sharp day and night vision.

They Are Solitary Animals
The honey badger belongs to the same family as weasels, and it is a solitary animal. According to some reports, they only meet together to mate, although some older studies suggest that these animals can live in pairs. Honey badgers typically have one and occasionally two cubs that the female nurtures until they are one or two years old.

They Can Be Colonizers
When a honey badger doesn't feel like digging its own hole, it will make itself at home in someone else's. These animals have been observed in fox, mongoose, and jumping hare burrows. Any gaps or holes are suitable for these creatures.

They Are Mean Animals
Honey badgers are harsh, but they try to avoid fighting despite their aggressive reputation. They do not, however, suppress when confronted. In such situations, badgers confront, roar, ruffle their hair, fire stink bombs, and even assault. They attack predators such as hyenas, leopards, lions, and pythons.

Females Have Extra Mammary Glands
Honey badgers are the only Mellivora species left on earth. As a result, they have some unusual adaptations. A good example is that a female honey badger has four mammary glands: two pairs of breasts with nipples. This could be beneficial because they often give birth to twins, making it easier to feed their offspring.

They Have A Unique Defensive Mechanism
The anus of honey badgers is reversible and can be turned inside out. This allows them to spew odorous secretions from the anus as a method to fend off or stun predators. Badger behavior is frequently compared to that of a skunk.

They Are Not Entirely Immune to Snake Venom
Many people believe honey badgers are immune to snake poison. However, this isn't true. After a long sickness, they may succumb to toxins and hunger. However, these creatures are relatively resistant because of their dense fur, robust skin, and remarkable mobility.

Most snake bites do not penetrate the skin or are crushed quickly enough to prevent the snake from inflicting too many bites. Puff adder bites, for example, can pierce the honey badger's skin and render it temporarily incapacitated, although they survive in most cases.

They Have Strong Teeth and Jaws
Honey badgers have sharp teeth and jaws that are capable of breaking bones. The jaws are strong enough to crack open the turtle shell and devour it. The claws are also relatively large and useful. Honey badgers can dig quickly in hard soil. They can dig a hole deep enough to hide from unwanted attention and severe heat. Retrieving food from underground takes only a few minutes for these animals.

Honey badgers are quite unique and interesting. This post highlights some of its fun and interesting facts. To see these amazing animals for yourself come visit Kruger National Park and stay at Needles Lodge, your accommodation right on Kruger’s doorstep!