The difference between a White and Black Rhino

Many people often get confused on safari by the names given to the two species of African Rhinoceros ie. Black or White and mistakenly think it comes from their skin colour. Here is a very brief comparative that will assist you in the correct identification.

Firstly their names have nothing to do with their skin colour, they are both typically greyish but this varies depending on what sand or mud they have been rolling in which can give them a black, white or even a red appearance. The trend is to now call them Square (white rhino) or hook lipped (black rhino) as this is more easily identifiable in their appearance.

Otherwise there are numerous physical differences between the two species: 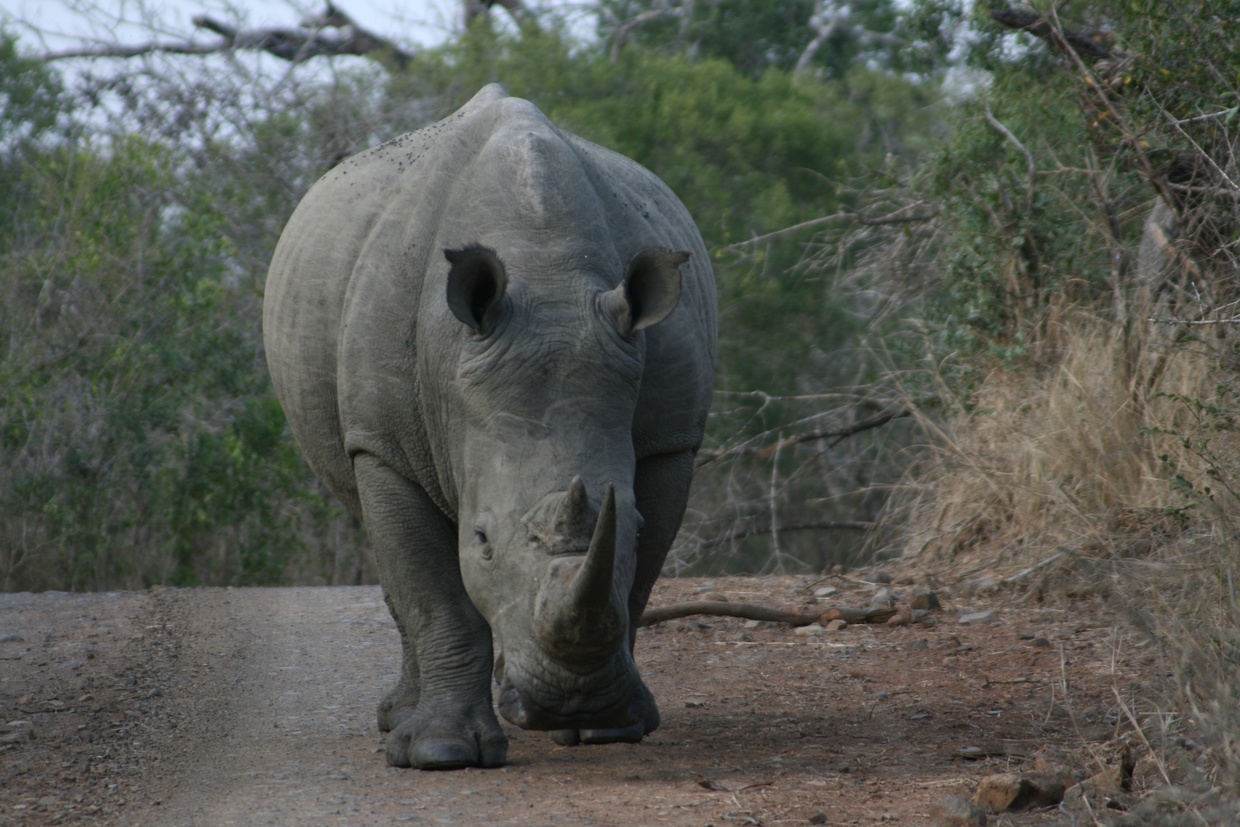 This photograph clearly shows the square mouth of the white rhino

The square lip of the white rhino facilitates the grazing of grass while the hooked lip of the black rhino allows them to easily browse on bushes and shrubs. Interestingly when grazing the female white rhino will keep her calf visible in the grassland in front of her whilst the black rhino's calf will follow its mother from behind as they travel through the bush as danger is not clearly visible through thick bush and the very protective mother will face danger first.

If you are on a morning walk in a game park (with guides of course) you can quite easily identify the dung of each species by breaking up the dung and one can clearly observe small twigs and branches in the black rhino dung as opposed to digested grass in that of the white rhino.